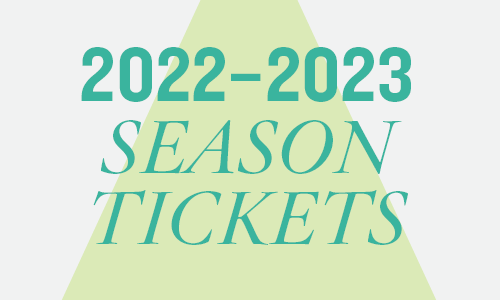 Experience the historic Stanley Industrial Alliance Stage with our most popular subscription. Get the 5-show series from $146!

The Legend of Georgia McBride
By Matthew Lopez

Enjoy this 4-show series at the waterfront Granville Island Stage from $108!

Enjoy this 3-show series at the intimate Newmont Stage at the BMO Theatre Centre from $75!

Me Love BINGO!: Best in Snow
Created and Hosted by Kyle Loven with Leslie Dos Remedios and Joey Lespérance

Seating configurations may vary in this flexible and versatile venue. Each show’s creative team will select the configuration that best serves the audience and performers.

THE SOUND OF MUSIC—ADD ON THIS RETURNING HIT!

Maximize your savings now by adding the returning hit The Sound of Music—one of the most beloved musicals of all time—to your subscription. Get first access to premium seats for just $59!

6TIX—CHOOSE THE SHOWS YOU WANT TO SEE!

Choose from all shows at our three stages with a 6Tix subscription! Get 6 flexible ticket vouchers for $435—that’s a savings of up to 44%! Click here for frequently asked questions about 6Tix.

Can’t make it to a show in your series? Exchange it for another day for FREE, online or by calling our box office.

All subscribers get 10–20% off additional tickets! The more packages you have, the more savings you earn. Discounts applied automatically when you log in to Patron Centre with your subscriber account.

Single tickets go on sale in the summer, but subscribers can add on returning hits as soon as they renew! Subscribers get first access to the best seats at the best price.

Prices to shows increase with demand, but subscribers always get the very best deal. Secure a subscription discount and lock in the lowest price now.

Subscribers secure the same seats that they love when they renew!

Going away for a while? Hoping to switch out one of the shows in your package? This perk lets you do this (for shows within the same series). Super Subscribers get the most flexibility with their subscription.

Unlock a special code to go straight to the front of the queue! Get the fastest service for all your box office needs.

If you’re looking for new seats this season, become a Super Subscriber and your seating request will receive priority.

Learn about the making of our shows at backstage tours.


Thanks to supporters like you, the Arts Club has grown from humble beginnings in 1964 to become Canada’s largest not-for-profit urban theatre company. Charitable registration number 11921 3551 RR0001